Discover our new sample set Jeux d’orgues 4 – La Chaise Dieu. Connect a MIDI keyboard or an organ console to your computer and you will be able to play a historical French organ.

For more realism, the following examples have the “blower sound” enabled, but you can of course disable it according it your tastes. 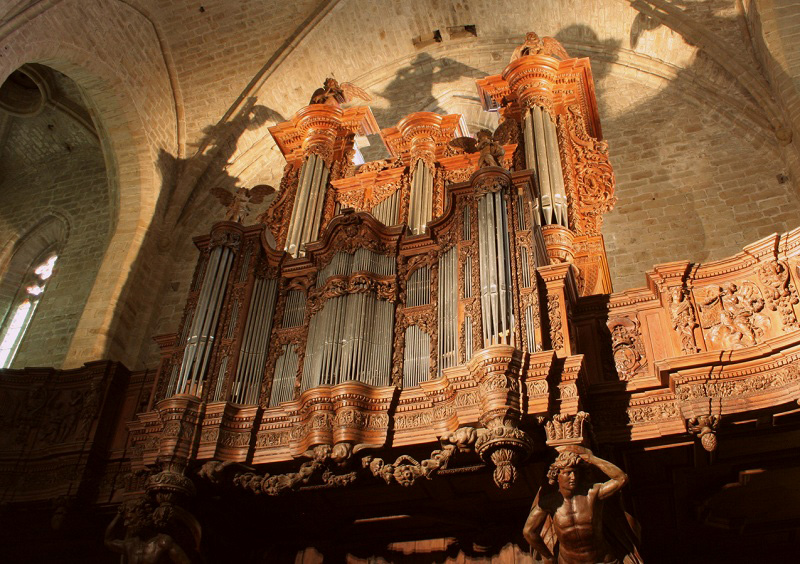 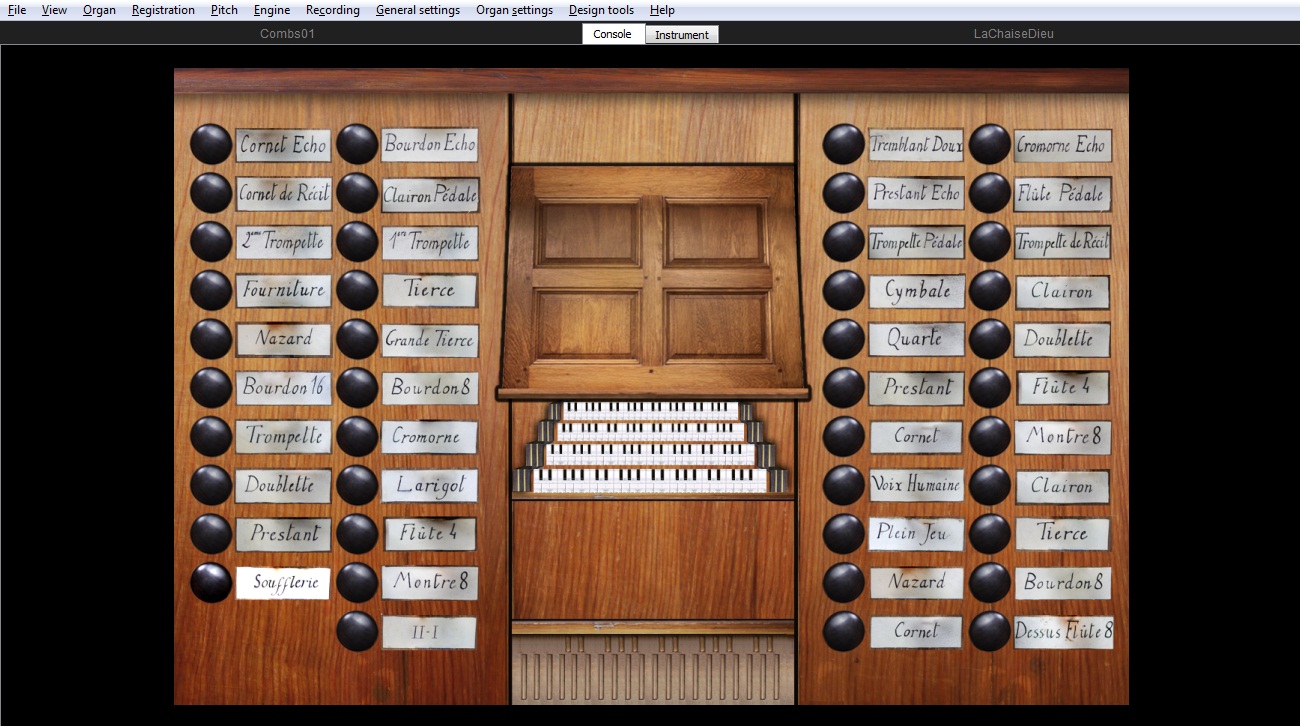 La Chaise-Dieu Abbey is located in the Auvergne-Rhône-Alpes region of France, in the department of Haute-Loire. It is well known for its 14 Flemish Renaissance tapestries, for its painting “La danse macabre”, for its 17th century organ, for its music festival which takes place every year in August, and for the event “Les journées de l’orgue” which takes place every year on the weekend before August 15th. 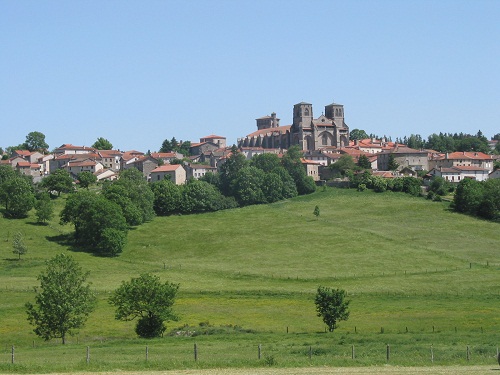 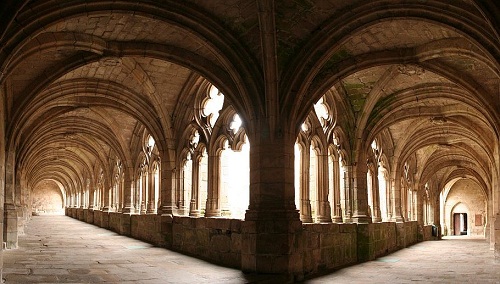 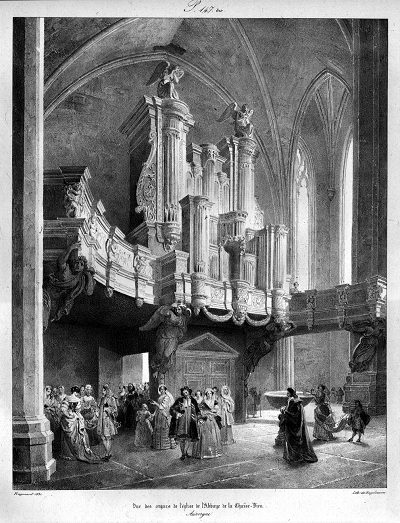 The archives of the abbey mention the construction of an organ in 1683. It is the “small case” that still exists today. We do not know who was the organ builder of this first construction. Hyacinthe Serroni, then commendatory abbot of La Chaise-Dieu, was a great and sumptuous lord who arrived at the French court in the entourage of Cardinal Mazarin. He undoubtedly wanted La Chaise Dieu to have a sumptuous decor, as cherished by the Italians of the Baroque period. The organ loft is signed by the sculptor Jean-Pierre Cox (1653-1723), born in Antwerp, but is in line with the decorative logic of the French Baroque.
We know little about the sound structure of this instrument limited to the 14 stops of the Positif. It was not finished, probably due to the bankruptcy of the abbot, who died in 1687.

Work resumed under the abbacy of Cardinal Rohan. The building was given to a Parisian organ builder who had worked a lot in Franche-Comté, Marin Carouge. He completed the 1683 instrument. The organ is then quite similar to the one we know today. It must have about forty stops spread over four manuals and a pedalboard. 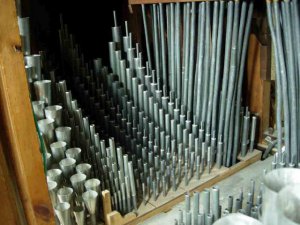 The new pipework takes place in the large case, in a style quite different from that of the 1683 Positif. Marin Carouge did not seek the homothety of the organ cases, contrary to what is usually practiced. In fact, the large organ case is probably a recovery of another organ. It is worth noting the statues of musical angels at the top of the large turrets. It is a work of great quality, anonymous but very similar to what Vaneau and his entourage were doing in Le Puy at the same time.
During the XVIIIth century, we can identify two interventions by organ builders. In 1779, J. Prades, from the town of Sommières in Bas-Languedoc, carried out work that is difficult to evaluate. But above all, at the end of the 18th century, the windchest of the positive was changed. Instead of the old 48-note windchest (from 1683?), a 50-note windchest was installed, probably an old great organ windchest.

The organ probably sounded for the last time on March 18, 1791. It seems to have been ransacked during the revolutionary period. Various projects were sketched out in the 19th century but it was not until the impetus given in 1966 by the illustrious pianist Cziffra that the organ finally woke up. In 1976 the organ builder Dunand completed a major reconstruction. For the first time in 180 years, the organ sounds again in the abbey church. This restoration aimed at recover ingthe organ as it was at the end of the 18th century. Alas, the result was not up to expectations. The instrument quickly deteriorated and in 1990 it was again dusty and difficult to play.

Revival of the organ

From 1990 to 1995, a major restoration was carried out by the maker Michel Garnier, which restored the instrument to its full brilliance. 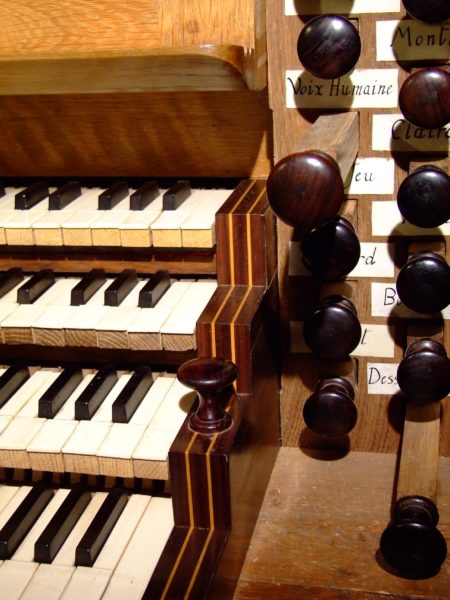 The organ of La Chaise-Dieu is the very type of the French classical organ. It has 40 ranks, 4 manual keyboards (positif, grand orgue, récit and écho), like Marin Carouge’s original instrument. The pedalboard is typical of the French style, with its “grand ravalement” starting a F0.
The abbey benefits from pleasant acoustics, due to the tapestries which prevent too strong reverberation. It was therefore necessary to give the instrument more power and brilliance, without it becoming shrill. Michel Garnier showed exceptional talents as a harmonist and everyone can taste the richness and breadth of the great reed choir.
The privileged repertoire is obviously the French organ school of the 17th and 18th centuries: Boyvin, Couperin, Grigny, Corrette, Dandrieu, etc. but also Bach or the German repertoire (for example, with the “Extended” version).

(*) An “Extended” version of the organ is available in Hauptwerk, allowing organists to play with 54 notes (instead of 48) keyboards, a classic 32 notes pedalboard, and 16′ ranks on the Pédale: Bombarde 16 and Flûte 16. 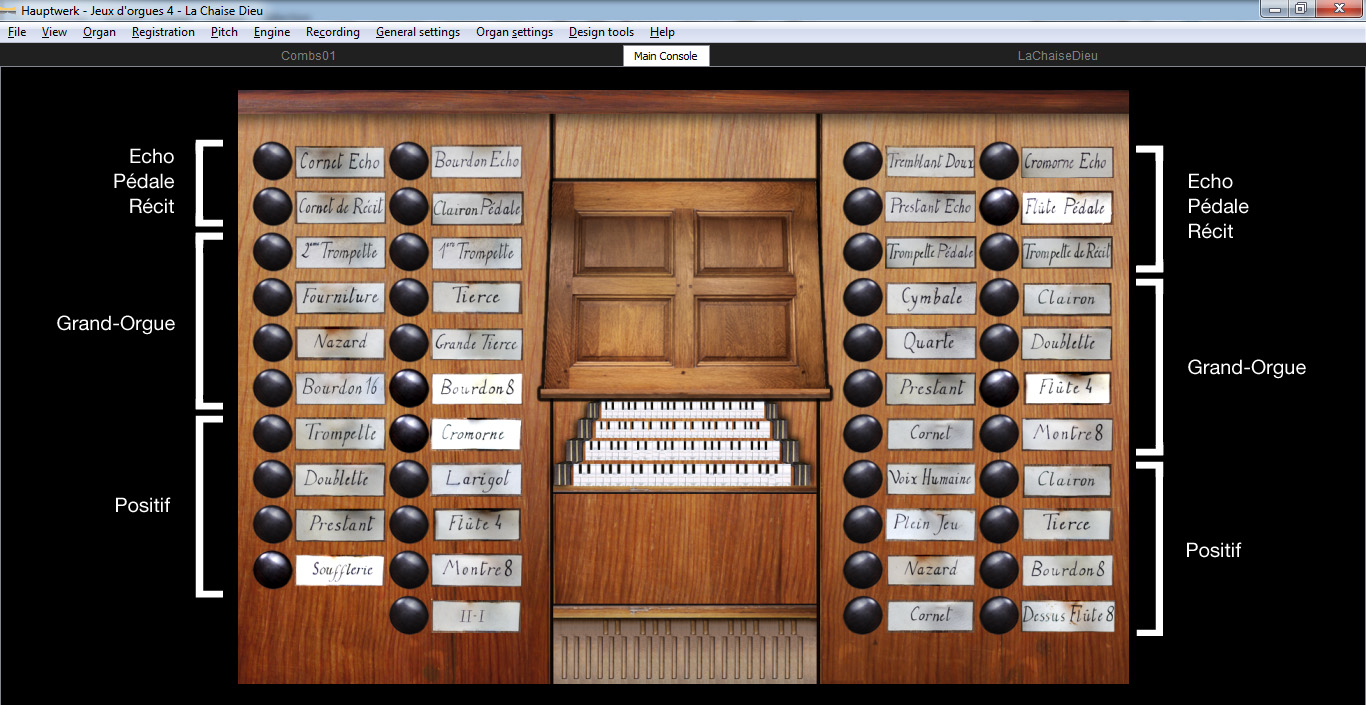 The version 1.01 is now available – it is downloadable with the same download link that was originally sent to you by email.